It’s been a long time since my first post (a true masterpiece of modern blogging), but as you may or may not have heard, I recently (Jan 2012) embarked on an “epic” off road traverse of the mexican trans volcanic belt and east sierra. I was following this route (click on the blue markers to see info on important bits):

The pinnacle, at least physically, of those weeks was climbing the service road for the LMT (Large Millimiter Telescope) right to the summit of the Sierra Negra volcano, which sits next to Pico de Orizaba, and at 4,600 m (15,000 ft) is home to the highest road in North America. As my title gently suggests, this is the main matter of this particular post (more on the rest of the trip later) and I will henceforth, get on with it.

I’ve been thinking long and hard on how to describe the road, and after a lot of mental strain I have successfully found a word to describe it: amazing. Actually, thinking a bit harder I thought of one (1) additional word: hard. Amazing & hard is mostly what my limited describing abilities can manage, although it was also cold, sandy, slippery, foggy and high. 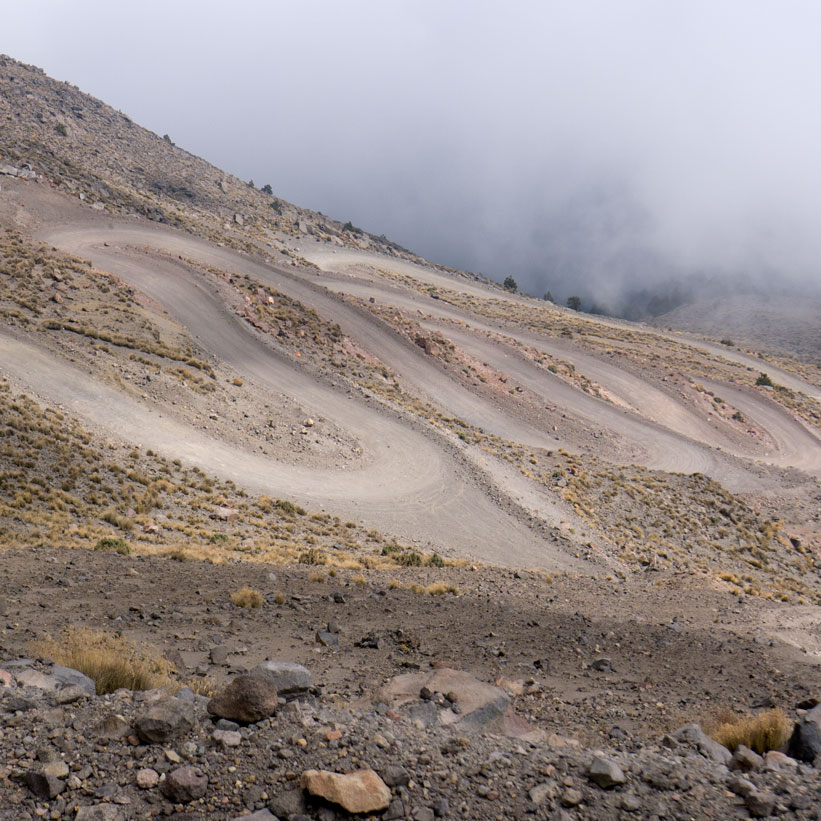 It was nice to finally bike here, I had tried a year before and was denied access because I did not have a permit (if you need a permit, email Ing. Janina Nava). I will say that reaching a summit by bike is not nearly as dramatic as dragging one’s behind through a ridge or front pointing the last steep ice slope, dramatically grasping for breath. However it is equally tiring, less stressful and you do get down a lot faster; it’s sort of like skiing in that way, so not all that bad. 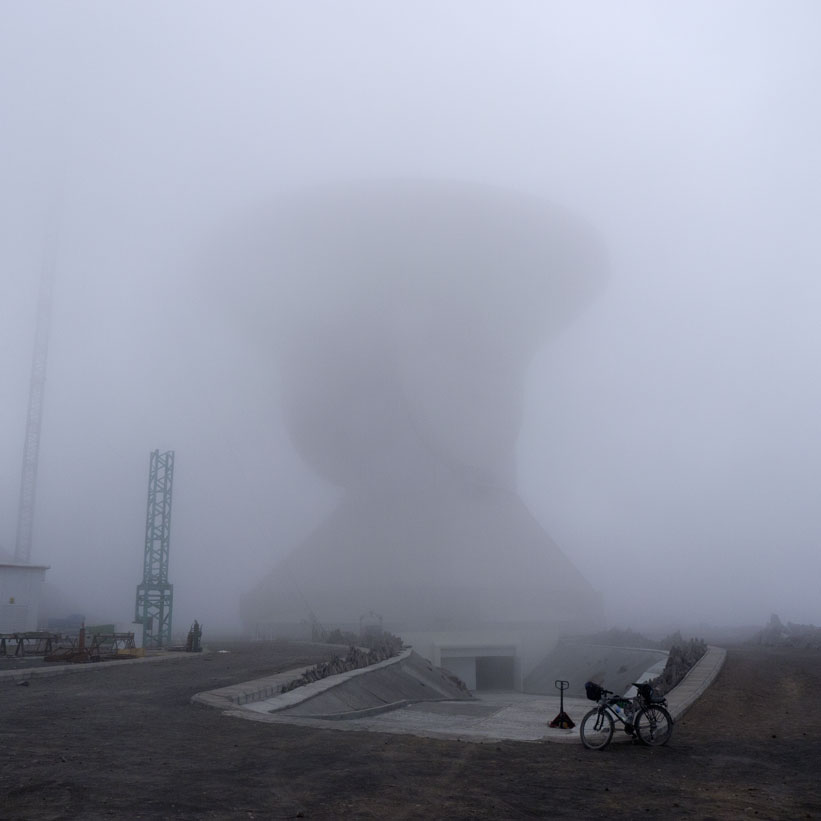 Irrefutable proof of my presence and success

I hope you enjoyed it, and will continue to post soon.